Build-A-Whale is an interactive program that aims to educate participants about marine biology, anatomy, evolutionary science and conservation. The program is hands-on and engaging as the audience assists in constructing the skeleton of an offshore killer whale and participating in several fun educational activties and games. Build-A-Whale is well travelled and well loved as she has visited facilities across Canada such as schools, markets, festivals, aquariums, elderly homes and more.

Check out the Build-A-Whale Video HERE. 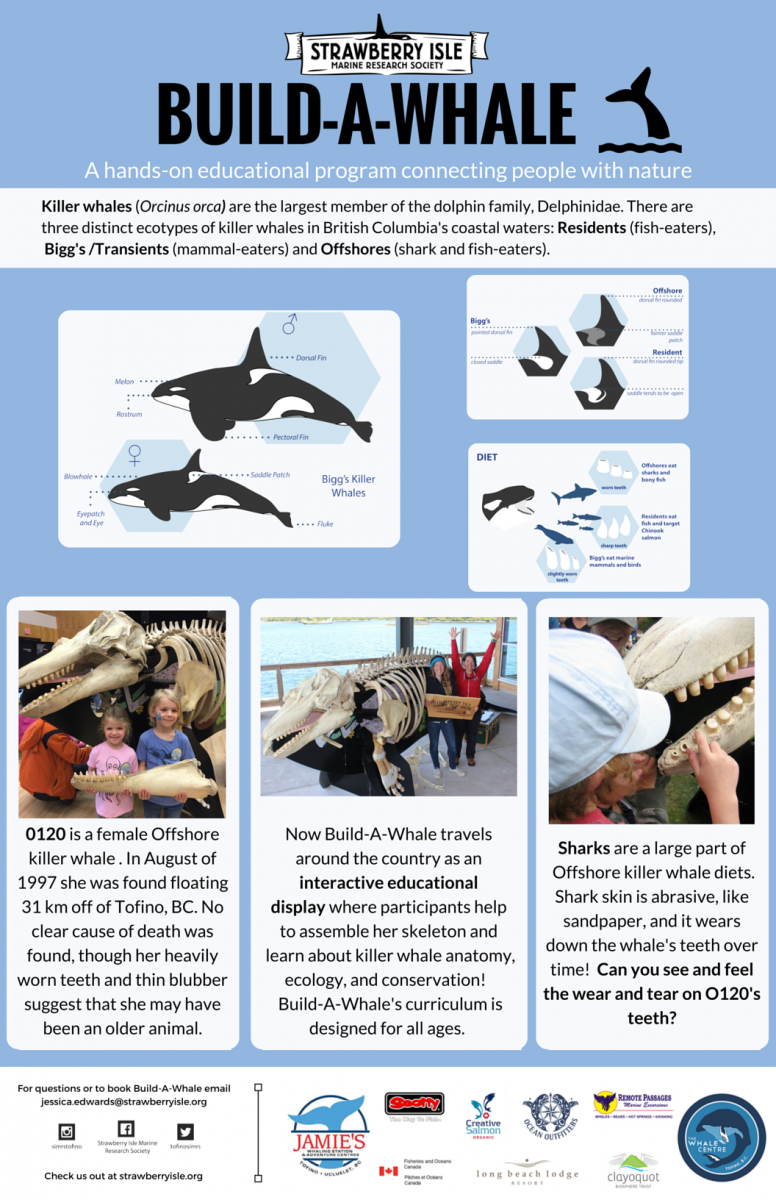 On August 29, 1997 a dead killer whale was reported drifting 17 miles offshore of Tofino, off Vancouver Island’s west coast. It took Strawberry Island Marine Research Society’s small research boat eleven hours to tow the body to Strawberry Isle, with many fuel and food deliveries from supporting whale-watching vessels. A full necropsy was presided over by Dr. Craig Stephen vet at Vancouver Island University with Graeme Ellis of the Nanaimo Biological Station, Dr. Jane Watson of Vancouver Island University and Rod Palm from Strawberry Isle Marine Research Society in attendance. DNA analysis by Dr. Lance Barrett-Lennard confirmed that this animal was a member of the Offshore community of Killer Whales and Graeme Ellis later confirmed that the 5.5m (18ft) female orca’s saddle patch and dorsal fin identified her as O120. No clear cause of death was found, though her heavily worn teeth and thin blubber suggest that she may have been old and far removed from her home in more southern waters. A massive cavity extending into the jaw bone may also have been a factor. Many days of chopping, hacking, sweating and swearing and we had all the bones either buried in the garden, hanging in the sea or boiling in a pot. After a year of bleaching in the sun, Dominique Dupuis (Pipot) organized a crew of volunteers who put in close to 700 hours scrubbing the bones and treating them with several coats of a non toxic penetrating epoxy. Pipot and Robinson Cook created the ingenious orca-sized framework that supports the skeleton, and shows the animals internal organs. The whole prop can be taken apart  and fits into a small enclosed utility trailer custom made for that purpose. 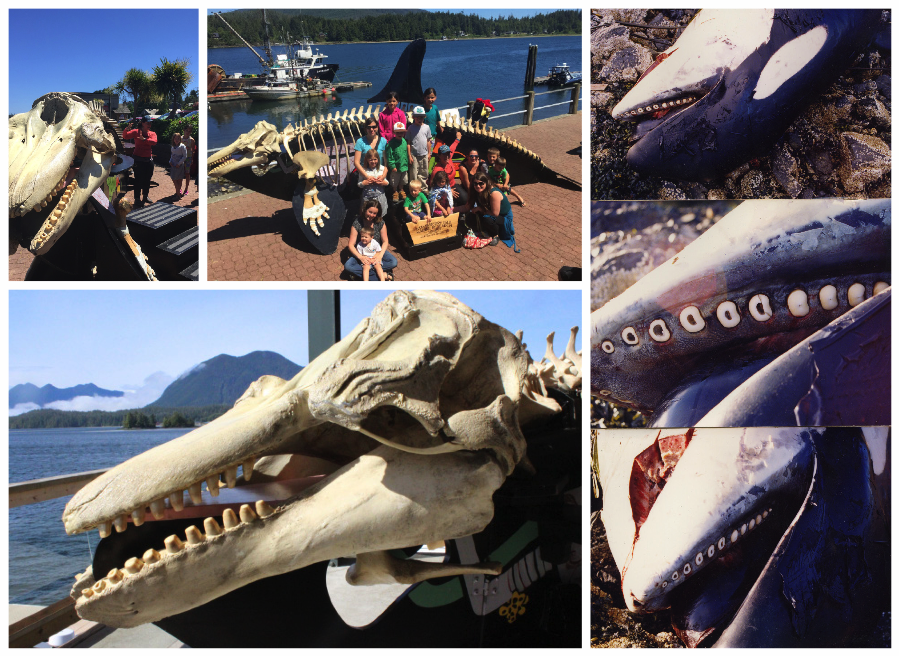