The ghost shrimp is a small burrowing shrimp, which is abundant in the intertidal mudflats from Alaska to Baja, California. The Grice Bay ghost shrimp is incredibly important to the migrating Wimbrels who feed on them during their only British Columbia stopover during their long migrations. The ghost shrimps are also the main bioturbators in Grice Bay and there is evidence of bacterial nitrogen fixation associated with the burrowing action of the shrimp making more nitrogen gas available to the marine environment.

In May of 1995, SIMRS started a monthly monitoring program of Grice Bay, when at the time it was a juvenile gray whale (Eschrichtius robustus) feeding ground. During that time it was discovered that the whales were feeding on ghost shrimp and the commensal soft shell clam (Cryptomya californica). In the year 2000 SIMRS mapped major eelgrass meadows in southern Clayoquot Sound including the eelgrass meadow in Grice Bay. While gray whales have not been observed feeding in Grice Bay since 2002, an important aspect of this study was to provide baseline habitat data, which would provide valuable information in the event of a natural or human disruption. This report will compare the habitat data that we have collected. 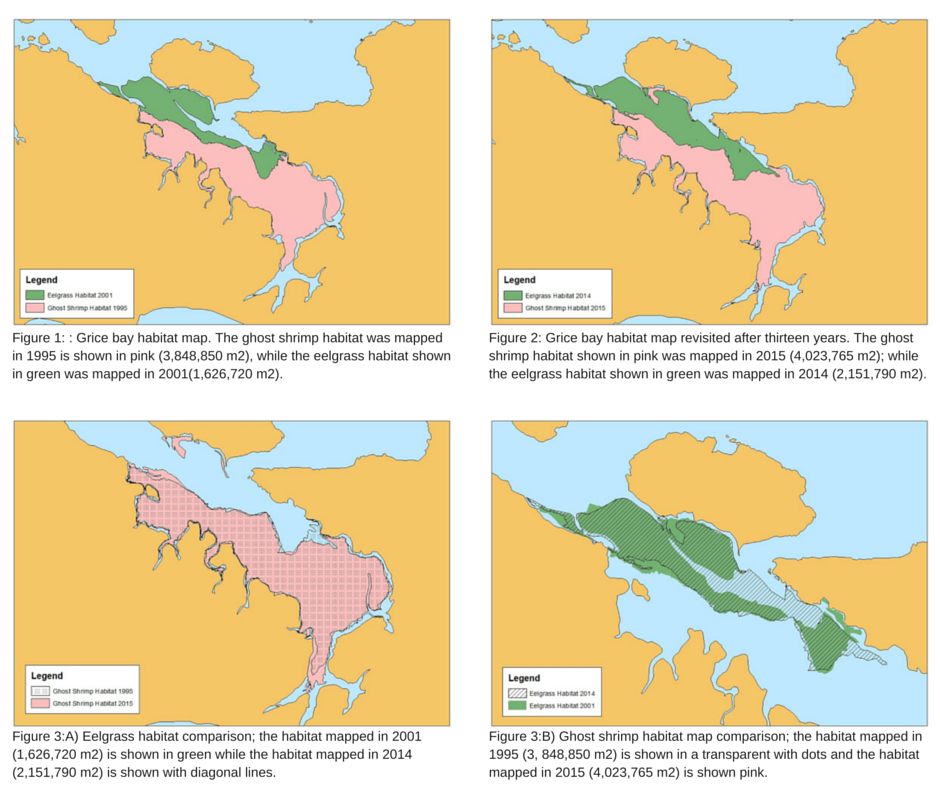